Toussaint Bailey, CEO of Enso Wealth Management and Founder of The Just Listen Project, with Rich Fernandez, SIYLI CEO discuss the role of mindfulness and emotional intelligence to support equity and inclusion in the workplace. Toussaint shares the power of listening and details specific tools you can use in your life and organization to work towards equity and justice.

Watch the Webinar Recording Below: 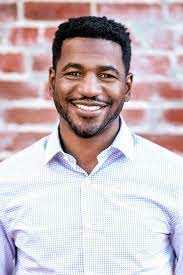 Toussaint’s work as CEO focuses on nurturing a community and building out infrastructure that empowers Enso Wealth’s people to simultaneously live their best lives and do their best work for clients. An avid student of the science of well-being and emotional health, much of Toussaint’s work is aimed at preserving and enhancing Enso Wealth’s unique culture.

Toussaint began his foray into financial services advising professionals transitioning from brokerage employees to independent entrepreneurs. He previously spent over a decade as a litigator in Los Angeles and San Francisco before ultimately leaving behind law to become Enso Wealth’s CEO. Toussaint received a Bachelor of Science in Business Administration with an honors concentration in Financial Services from Saint Mary’s College of California and went on to earn a Juris Doctor degree from UCLA School of Law.

In his downtime, Toussaint enjoys mentoring, playing basketball and attempting to play golf. His favorite hobby is raising three little super women with the grown-up super woman he somehow convinced to marry a mere mortal.