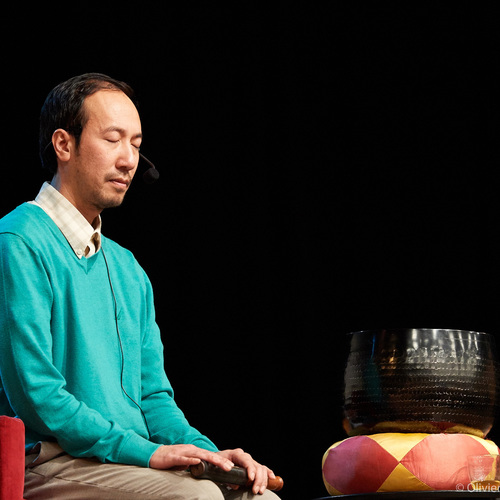 He graduated at the University of Texas-Austin with a BA in communications. Ordained as a Buddhist monk by Zen Master Thich Nhat Hanh, he lived in the Plum Village community for several years. After full-ordaination, he decided to disrobe and re-enter society to find skillful ways to share an integral mindfulness approach in a secular spirit.

Dat is founder of 'Cèdres Bleus' (Blue Ceders) mindfulness center in Haute Loire, France and works closely with scientists, psychotherapists, educators, business leaders, and physicians to create community and contribute to the well-being of society. He created the first national mindfulness-based program for companies in France (2011-present) training over 3000 directors, managers, and employees in over 20 different cities. He is also a teacher-trainer for the integral mindfulness protocol - Esprit Clair, first certified-mindfulness program in France.

Dat is a husband and father of two daughters and enjoys writing, playing music, gardening, and doing nothing.